In the past, the story of any tense situation that later escalated into a conflict was told by journalists or photographers describing places from below. Satellite technology began to be used piecemeal to shed light on suspected human rights abuses, such as the presence of detention camps in Xinjiang or the genocide in Darfur. Today, in conflict situations such as the Russian-Ukrainian one, satellite data are a powerful tool against fake news. Supporting investigative journalism and, therefore, fact checking, the role of the satellite data is vital and innovative for both diplomatic and political matters and by journalists and information disseminators themselves.

But what can we really see from satellites?

The last decade has seen an increase in the availability of satellite data, both from space agencies and the private sector. Due to the daily availability of images on every corner of our planet, the number of images is greater than ever. Moreover, the current delivery times are even faster than in previous conflicts, as was the case during Russia’s annexation of Crimea in 2014 when images of pro-Russian forces conquering the region arrived quickly and widely.

Since the beginning of the ukraine-russia conflict, there has been an increase in the use of satellites to document the course of hostilities. Suffice it to say that all the political tensions that have arisen stem from the fact that it was realized that Russia had deployed its troops along the border with Ukraine, and this was due to the surveillance done in those areas by Earth observation satellites.

Or again, a very representative case is the Drama Theatre in Mariupol on 16 March 2022 where you can say how satellite technology plays a major role in reporting possible war crimes since the bombing was confirmed despite Russia’s misdirection.

With the capacity to count the number of tanks marching and the position checking from space, the impact of earth observation in war scenarios is thus significant on timing and firepower estimate.

So, how are satellites used during conflicts, war, and human crises?

“Europe’s eyes on Earth” as Copernicus’s motto says. The European Union’s Copernicus program provides security support for citizens as well as support for international action allowing anyone to go and watch in various places in Europe and around the world what is happening in conflicts or social crises, with respect to emergencies, attacks, and economic tensions.

In the Copernicus program, we have satellites:

Learn more and take action! The Cassini Hackathon 2023 next 24-26 March will focus on Earth observation for Defence and Security. The goal is to develop innovative applications. Subscription will open next January 31, 2023. Visit: https://www.cassini.eu/hackathons/ 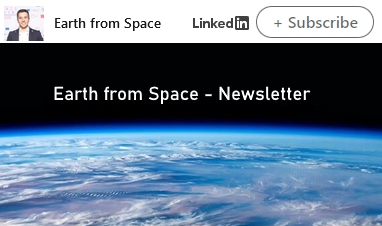